UJA-Federation Funding Propaganda Films Against Israel with $300,000 in Donations 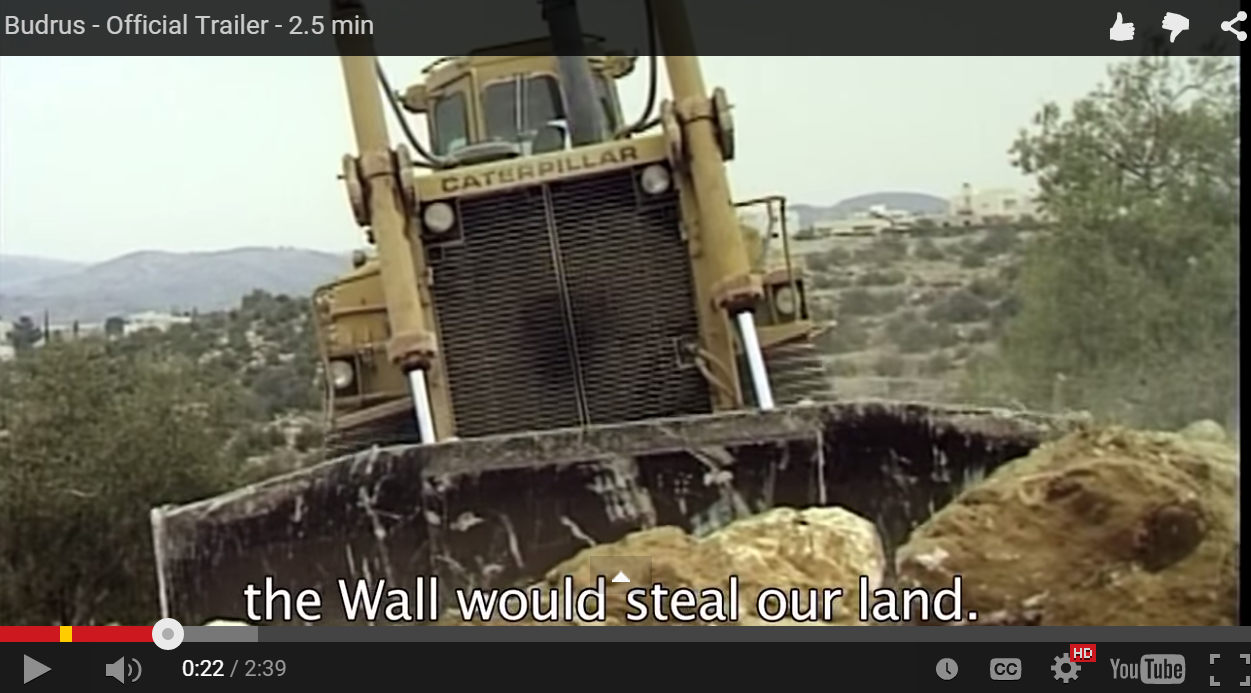 A clip from ‘Budrus’, a film financed with a grant from the UJA-Federation in New York.

The UJA-Federation of New York continues to astonish with another revelation from their grant-making, showing $300,000 to support a slate of propaganda films distributed internationally to undermine the Israeli government.

The annual donations were made via its wholly-owned Jewish Communal Fund subsidiary. The grants, ranging from $11,000 to $90,780 over the past seven years, have allowed ‘Just Visions’ to produce three films used as fodder for those groups calling for boycotting, divesting and sanctioning Israel.

On university campuses across our country, these films, financed with Jewish funds from the UJA-Federation, are being used to torment Jewish students trying to get an education at school.

The films include, Budrus (2009), that makes the case against Israel for building the separation wall to end the years of suicide bombings and sniper fire directed at their civilian population. The impact of the film devastating to Jewish causes and was screened at many film festivals with the audiences leaving with a hatred for Israel.

These propagandists followed with two more films about East Jerusalem, and their own descriptions of their work on their website should surely be enough to warrant any Jewish charity to recognize their aims:

Home Front: Portraits From Sheikh Jarrah (2011), from their website: “A series of four short films chronicling the resolve of a Palestinian neighborhood in East Jerusalem, where families are struggling to keep their homes in the face of escalating Israeli settlement expansion.”

My Neighbourhood (2012), from their website: “Mohammed El Kurd is a Palestinian boy growing up in the East Jerusalem neighbourhood of Sheikh Jarrah. His family loses half of their home to Israeli settlers leading a campaign of court-sanctioned evictions to guarantee Jewish control of the area.” 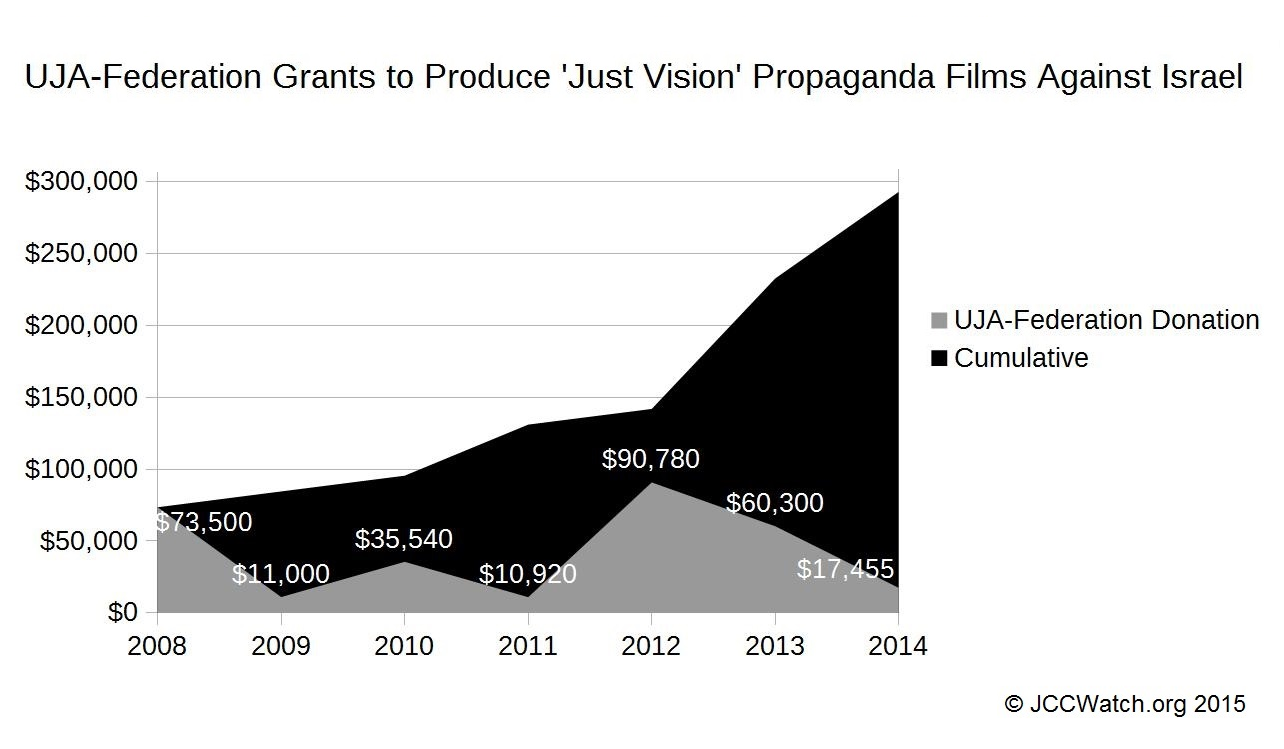 The boards of the UJA-Federation and its Jewish Communal Fund subsidiary say they stand by a code of conduct for its grants, however, this $300,000 spent over the past seven years shows, once again, that they have not lived up to their own guidelines.

Reading their guidelines, those board members have two responsibilities: to be “committed to supporting causes that promote the welfare and security of the Jewish community here and abroad” and to “deny any grant request where the purposes and activities of the recommended charitable organization are deemed to be adverse to the interests of the Jewish community.”

Call to Action: Watch this short trailer for the ‘Just Visions’ propaganda film Budros, and decide if this is the best way for the UJA-Federation to support our Jewish families in Israel, then call them (212-980-1000) to tell President Alisa Doctoroff and CEO Eric Goldstein what you think.